Most everyone who knew him we expected this but it doesn’t make it any easier to take this news that Alston Adams is no longer with us.

Like a lot of people in Montreal, we met through that local circle of blogs known as YULblog and had a few friends in common. We met up a few times but our main contact with each other was through blogging and Facebook, which for me is mostly the case with the other YULbloggers I know.

I loved his writing and the courage with which he faced his cancer. He put it all there for the world to see and it changed how I see cancer. While I’ve had family members taken away by it, it was always a process that happened somewhere else with little but vague reports that the person was having a good or bad day. Alston lifted the veil off that and showed what it was like in all its brutality. If I’m ever in his place, I hope that I’ll be as brave in facing it as he was.

The last time I saw him in person was New Year’s Eve. The last thing I said to him was that I hoped 2010 would be a good year for him. His suffering is finally over now so maybe it was.

I wanted to close off with a joke about wanting to kick cancer in the balls but instead I just say this:

We’re not here very long so we need to take of ourselves and each other. If you have good health, take comfort in that. If you have people you love and who love you, take joy in that. 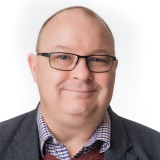 Yes, I had exactly the same experience regarding the third paragraph. I’ve known people who have gone through cancer, but his honesty and openness about everything he went through really opened my eyes. So sad to hear of his passing, but glad that his suffering is over.